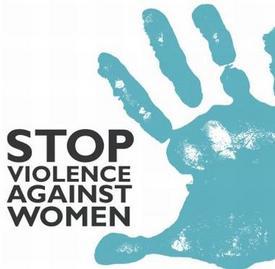 It’s so unfortunate that so many women here in Australia, and around the world, are still the subject of domestic violence.

After all, we are in the 21st century when you would have thought that over 2000 years of existence might have taught the male of our species something about how to behave towards females!

Yet, from what I read, see, and hear, the number of incidents involving physical altercations between partners continues to rise annually. Plus, as I know from a number of my clients, some of them have been the subject of such domestic violence, with this often being one of the primary reasons for them to have ended or escaped from a former relationship.

Still it’s difficult to fathom out why so many so-called men deem it necessary to hit, beat or assault their wives or female partners. Many cases that I hear about are the results of temper tantrums, and may be alcohol or drug fuelled; other cases occur when the male fears he is losing the verbal argument with his female spouse or companion and resorts to the primary way he knows how to solves matters.

Yes, he displays his aggressive, macho side and raises his hand or fist to settle the issues.

Sadly this sort of behaviour is not only confined to Australian society, it seems it is common place but, worse still, accepted amongst other societies throughout the world. Whilst there is improved legislation and support in place for wives or partners who have been the victim of a beating or assault, there is still a lot to be done via early education—especially as it seems that if a father used to beat his wife/female companion, then a son is likely to follow suit, having been brought up seeing that it was commonplace and the norm.

And domestic violence/abuse of course doesn’t just include physical injuries. There are different types of domestic abuse, including verbal, emotional, psychological, physical, sexual, and financial abuse. Many abusers behave in ways that include more than one type of domestic violence, and the boundaries between some of these behaviours are often quite blurred.

Many women who are being abused in a relationship do not have bruises on their face and bodies from injury, though can still have many scars; it can be completely hidden from everyone else, and make it that much harder for people to recognise there is a problem, and to encourage the victim to seek help.

Often times the perpetrator of domestic abuse uses fear to control his partner; making them feel that they deserve what they are getting, to the point where they start to believe it. Once someone is in a vulnerable position of being abused, it can in a lot of cases unfortunately be much harder than you would imagine for them to escape the situation.

And even after they do manage to leave, many women can have their perpetrators threatening to come back for a long while afterwards. One of the downsides of social media sites for example, is that it can allow perpetrators to harass and make contact when they aren’t supposed to, and it can at times be a lengthy battle to escape from something like this.

The important thing to understand is that you are not alone! There are support groups and organisations equipped to help you, if you are going through any type of abuse.

But you can do it. Find support. Find help. Because you deserve to live a safe and happy life, and no woman deserves to be abused.

The Love Doctor says NO

to violence against women