Have you been cyber-bullied?

Have you been cyber-bullied?

Anyone who has been bullied knows what it’s like.. It happens to children, teenagers, adults, in workplaces, and online. I’m not ashamed to admit that when I was in high school I was bullied.. In my case I wore glasses and was a bit of a nerd.. I’d be picked last in gym class and group activities, and always eating lunch by myself. It only lasted a year or two, but for some it can last much longer.

Just being different in the slightest way to other people can make someone a target. Though what did bullying do to me? It was very hurtful at the time.. But a few years on from then (so more than ten years ago now) I realised that the bullies are the ones who have issues.. They are the ones not normal.

That was years ago, and now I’m stronger than ever and no one can stand in my way.

I’ve taken direction in my life, and doing what I feel is the right thing for me to do, and enriching people’s lives.

Though, unfortunately, not everyone likes that. While I have done a blog piece in the past about seeing an independent male escort or a male escort agency, I didn’t think I’d end up having to write this blog about an escort agency.

And no, I’m not going to name any names on here, or to anyone who asks anything! – I’m completely confidential with everything, so Mrs Stalker-bully don’t worry. The only people to be given your name will be the police, if anyone would like to get in touch with me and press charges against the bully.

Okay, so in a nutshell, male escort agencies catering for women have started to pop up all over Australia’s major cities in the last few years. Fair enough. They’ve seen the successes of some independent male escorts, and they want to captitalise on that. But at the expense of who?

Now, I am definitely not down-playing all male escort agencies here!! And not naming anyone. I’m the kind of person who doesn’t want to cause trouble with anyone.. I don’t like arguments.. And I certainly don’t like innocent people being emotionally abused and blackmailed. Through facebook, text messages, and phone calls…..

Mrs Stalker-bully owns a (kind of unofficial?) male escort agency, and has wanted me to work for her for a long time.. She sent someone to pretend to love me, to lie, try to manipulate me, and promise me things. To shut me down and have me work for her.

Why would I do that? I’m an honest, independent person, who works for myself, for the good of other people.. Pray, tell me, why would one of Melbourne’s kings decide to become a slave to someone who thinks she is a queen?

Now, she has resorted to messaging people on my facebook friends list who she expects are clients. I mean, come on. That’s low.

Not only bullying and threatening those who have been contacted, which is unacceptable.. But also recommending to them male escorts who work for her! How’s that for smart business? (I’m being sarcastic by the way, it’s very immature!) She is calling, text messaging, many many times, and telling stories about me that I even find hard to believe. Making disgusting rumours, and threatening people.

If you have had messages or phone calls, please ignore her, and contact me. Confidentially of course. It’s disgusting what she is doing, and she needs to stop.

And like I said above, if anyone wants to press charges with the police, let me know. Threatening someone is punishable by law.

Things we can all learn from Clarke Griffin of The 100 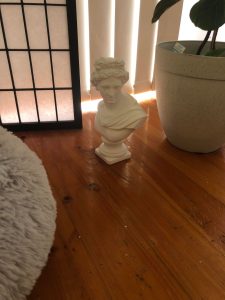 Male Escort Melbourne – July 25, 2022 There’s a Goddess within you… Recently I got a statue of The Goddess Venus – a gorgeous addition 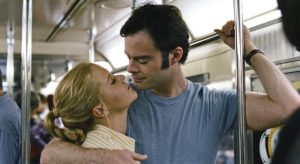 How much PDA is okay?

Male Escort Melbourne – 18 July 2022     PDA (public displays of affection) is quite a common sight in Australia, with couples young and