Every action has consequence

Sadly, a lot of people these days seem more self-centred than they ever were. More focused on themselves and their own lives at the expense of others. Plus more insular in their verbal communications with other people.

Maybe it’s the stresses and strains of modern day living. Maybe it’s the fact that life, without doubt, is lived at a much faster pace than ever before.

It’s hard not to notice that almost everyone seems to be wired in today—whether it’s via the internet or one of the Apps on their smartphones. Moving around the city, one constantly hears the “pings” of messages being received or acknowledged; the sound of ring tones or of the sounds associated with people playing games on their ‘phones.

You can’t help but notice that there are times when couples, or even whole families, are in restaurants or a public area and there is no verbal communication between them—everyone is too busy searching the internet, or checking out Facebook, to talk to each other. Though, who knows, maybe they are really sending messages via Whats App or Snapchat to each other instead of speaking.

Anyway, the real cause of concern for me is that with this self-centred attitude now prevailing a lot, people have less and less thought about the consequences of things that they do.

I always remember being told that every action has a reaction; every action has a consequence. Even something as basic as not looking out for your neighbours, means that they won’t look out for you. If you don’t speak with people who live next to or near you as much anymore how can the bonds of neighbourliness survive?

Good neighbourliness translates into a better, more inclusive community and a better community evolves into a good district and so on. The ripples of the chain reaction continue through society, permeating all aspects our social lives.

I just wonder if it is about time we all took a good look at ourselves and how our society is fragmenting with people, by and large, becoming much more insular. Sure people will still have friends and colleagues but the deeper bonds of a real community have, in many cases, disappeared.

I see this too in some people who are, often, a little bit outside mainstream society — not through any fault of their own, I hasten to add. Yet, the diminishing lack of general communication within society, plus the fairly frequent difficult situations that some people find themselves in (for example, being single parents or divorced or separated ladies), means that it’s hard for them to re-establish their former lives when general society is changing as it is.

Hopefully, one day in the near future, more people will stop for a few moments and ponder that their next action will have a consequence—big or small, it will still be a consequence! 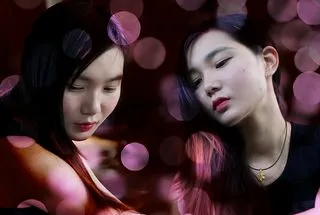