– Teresa Mendoza, Queen of the South

This is always true, that as long as we are alive, we can recreate ourselves.

This quote is from Teresa Mendoza, in Queen of the South, a series that I have been watching on Netflix lately.

Having grown up poor, and in poverty, Teresa Mendoza fell in love with a member of a drug cartel, and when she was told that he was killed, she had to flee for her own life.

Eventually she was captured, kept in a cage, and forced to be a drug mule (delivering drugs), and other things.

She had to watch while other women who had been captured were tortured, mistreated, and died.

At one point, Teresa suddenly realised that this wasn’t fair – she deserved better, and so did the other women.

(I can’t tell you at which point, because that would be a spoiler, in case you decide to watch it.)

That she could decide now whether to either continue to live like this, being used, abused, and mistreated, or to find something better… To Recreate herself…

She went on to become the leader of her own drug empire, and ‘The Queen of the South’.

While I don’t at all advocate or approve of the use of recreational drugs, let alone selling them.. Let’s face it, Teresa is pretty awesome and an inspiration when it comes from being treated like shit, to making things better.

She had a vision of making the drug trade cause no deaths, and be more fair.. (misguided views however, because if people are using illegal drugs, a certain percentage are going to die unnecessarily just from using them).

But given the industry she’s in, her morals are as good as they can be.

For example, when she came across a dealer she was to do business with, and she found out that he was keeping women in forced prostitution, and torturing them just for his own sick disgusting pleasure, she freed them, even though it cost her a lot. Because she knew that they didn’t deserve to be treated like that.

Anyway, all ‘Queen of the South’ aside, it is so true that you can recreate yourself.

A lot of people have gone through bad things. Abusive relationships, relationships that weren’t what you thought they’d be, hard life circumstances, financial hardship, illness, family matters – all kinds of things!

We can recreate ourselves after this!

You deserve to live! To feel free, to be happy, and enjoy prosperity.

It’s important to know that our life circumstances are caused by around 20% what happens to us… And by around 80% how we respond to it!

And the most incredible thing is that a lot of us, unfortunately, don’t know this, or don’t believe it.

We decide to believe that we’ve had a shitty upbringing, we’ve been in a shitty relationship, so we’re going to have a shitty life.. and everything is crap because that’s just the way it is.

Well guess what – what we focus on, grows. So if you think that, and if you believe that, then you’re going to continue to have a ‘shitty’ life.

You will be treated badly, have another shitty relationship, and attract more negative circumstances, because that’s what you think you deserve.

You can recreate Yourself!

You can recreate how your life is!

As soon as you decide to, and believe that you deserve better – which can be right now!

I recently told a lover that I’d been watching ‘Queen of the South’ and she said ‘Isn’t Teresa so awesome! She’s such a boss bitch!’

And she is, because she’s taken control of how she wants her life to be.

This lover is a wonderful person who has just realised that she deserves better, and is taking control of her own life! Feeling better and better, and more free, independent, and more Alive, every day!

This is something that you can do, too.

If you feel you deserve better, don’t settle for less.

Let’s do it. You deserve the best. 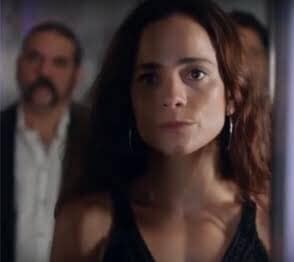 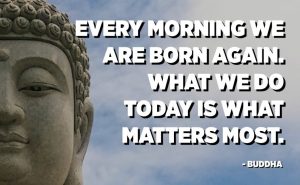 Your male escort of 12+ years

You have the right to expect more from sex

7 April, 2021 – Male Escort Melbourne You have the right to expect more from sex All too often, I meet women who haven’t had 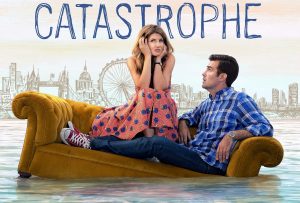 Catastrophe 25 March 2021 – Male Escort Melbourne Catastrophe     Catastrophe is a comedy television show that I could watch about a million times, Can we talk on the phone?

22 March, 2021 – Male Escort Melbourne Can we talk on the phone?   These days we have so many forms of communication, it’s not