A stroll along the beach

A few weeks ago, I took a stroll along a local beach near where I live. Just to relax, soak in the scene, and enjoy the beauty of our environment, with one of my dogs, Chic.

The long hot summer days were coming to an end and the shorter days of autumn fast approaching. Yet the weather was still warm and dry, with the occasional thunderstorm and late afternoon shower. In other words, beautiful days and cooler nights!

One such magnificent clear day, when the sky had that vibrant blueness about it which makes you gaze at the intensity of the colour in awe, I went for a stroll along the beach.

It was mid-afternoon and there was a strong onshore breeze. Actually, if I say wind that would be more exact. Across the wide expanse of the beach all I could see were whitecaps as the waves crested and the sea rose and swelled.

Chic was sniffing out pathways along the beach, exploring, and enjoyed playing ‘fetch’ with a piece of cuttlefish. It was a lovely day.

The onshore breeze was, indeed, so strong it enveloped me in a sound unlike any other. It was a combination of the sounds of the waves breaking on the rocks just offshore and the sounds of the wind as it engulfed me, wrapping itself around my body.

I walked onto a small promontory of rocks and looked around. Looked around and wondered in awe at the majesty of nature, as I often do.

As far as I could see there was the ocean; the horizon almost seamlessly merging into the sky. The colours of the sea and the sky different shades of blue, which were so subtle and yet so engaging. The blues of the sky changing gradually as I turned my head and looked upwards.

The wind buffeting me, enveloping me. Whispering in my ears, whooshing around my head — and making my singlet and shorts flap uncontrollably. I almost felt insignificant standing there looking at the beauty of the sea and sky and feeling the force of the wind.

A single human, and his dog, standing amongst the force of nature.

But the longer I stood the more relaxed I became. All I could hear was the sound of the sea and the wind. All I could see was a palette of so many blues they were uncountable.

For a while I think my mind almost left this earth and went somewhere else. For a while nothing else mattered except the enjoyment of those minutes I stood on the rocks.

I was content. I felt uplifted. I could have stood there for hours. Staring at the sea.

Knowing that these 20 minutes or so were enough to refresh and revitalise me, for quite some time, when it was time to return to the reality of everyday life…. 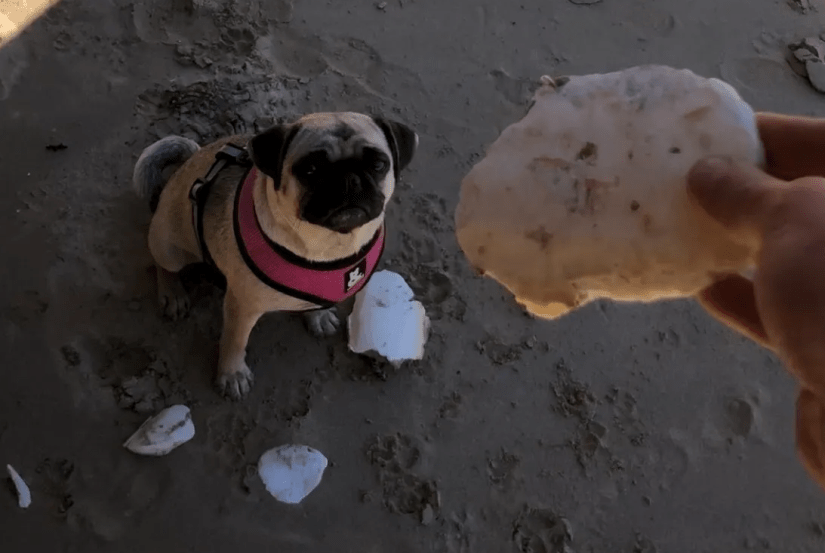